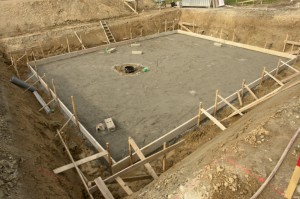 If you sit down with nearly any preschooler, they can probably tell you the story of the three little pigs. According to the story, there once were three pigs. Each set out to build themselves a home. The first built his home out of straw. He was done very quickly because of the material he chose. The second little pig chose to build his home out of sticks. Building with sticks might have taken the pig a little longer than using straw, but he was still done rather quickly. The third pig, however, built his home out of bricks and mortar. This house took the longest time to build, and the pig was forced to keep working, even when the other pigs were already relaxing and enjoying themselves.

Not long after the three pigs had finished their homes, the big bad wolf came looking for something to eat. He was able to quickly blow over the houses made of sticks and straw, but no matter how hard he tried, he was not able to blow over the house of bricks.

The third little pig didn’t take the easy way out. He saw the other two pigs finishing faster than him and having the time to laugh and play, but when the chips were down, his house was the only one to stand up. The strong foundation made all the difference.

In life, as in business, it’s tempting to take the easy way out; to use the easier material that takes significantly less time. The problem comes when we discover just how quickly a weak foundation can fail us. Those who are looking to grow their businesses must keep this idea in mind.

Growing a business the smart way

There are a variety of ‘tricks’ companies can use to try to grow their businesses quickly. So-called ‘black hat SEO,’ which refers to techniques such as artificial keyword stuffing and using link farms to grow backlinks, may help companies achieve their objective rather quickly. They may rise quickly in the Google search engine ranks and see the number of visitors to their site rise as well. But Google has been cracking down on sites that use artificial SEO. Some companies have found their sites severely penalized, which has deeply hurt their businesses.

In marketing, companies may be tempted to blast every known platform all at once, without taking the time to develop a company message and brand. In these cases, the effects of the campaign typically fall short. A group that tries to go nationwide with a campaign too quickly might find that the effort exhausts their resources, placing the entire company in jeopardy. Starting local and growing as a reputation spreads is the way to achieve success.

Growing a business correctly means taking the time to grow organically. It means working to develop a quality website that is naturally optimized through a quality blog and well-written content. Marketing campaigns and customer reach goals should be built on a firm foundation that leaves room to grow. We can help customers develop marketing plans to appropriately meet new customers.

There’s no easy way to be successful. It requires perseverance and hard work. Like the little pigs discovered, however, there’s also no replacement for doing things right the first time. Instead of looking for shortcuts, invest time in learning about techniques to maximize investments and tools for saving time. We can help. Building a solid business foundation means your company will have something to grow on, rather than a flimsy foundation that can blow over. And that’s irreplaceable. 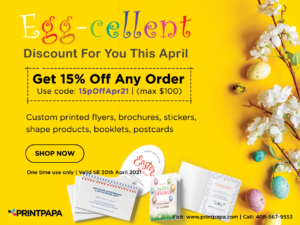