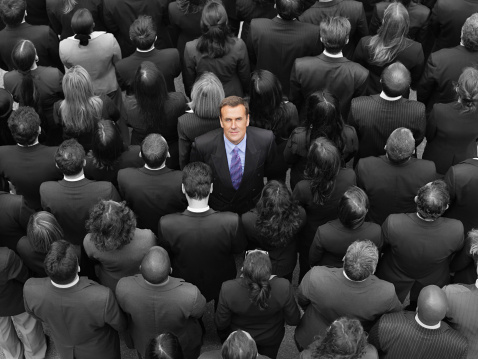 Certainly, a strong sense of individualism is a valuable asset to possess. Free market capitalism is based in large part on the ability to be both clever enough and individualistic enough to see a need and meet that need in a way that no one else has done before.

After all, it is the individual who supplies the needed answer, where only the question existed before. They do this by doing something in a new way, differently than it had previously been done, providing a product or service that is in some respect novel. In a way, they predict the future by inventing it. They supply something that was simply overlooked by everyone else. Albert Einstein said it this way: “If you always do what you always did, you will always get what you always got.” The individualistic entrepreneur wants something more than what they have “always got,” and they set in motion the mechanism to obtain it.

Apple’s, Steve Jobs may have been the poster child for innovative individualism, but he is by no means alone in this capacity. Indeed, most successful entrepreneurs in Western culture adhere to the belief that their success was the product of their undaunted individualism.

For the most part, we have all heard of the bandwagon effect. It happens when an individual or group forms an opinion based, to some extent, on the stated or observed opinions of others, particularly if the others have formed a growing majority. Those who are influenced in this way are said to have “jumped on the bandwagon.” According to this confirmed psychological effect, the more people who hold an opinion, regardless of how true or untrue it may be, the more additional people will have a tendency to accept that increasingly popular view as their own. The bandwagon effect, therefore, relates to how opinions are shaped by the observed behavior of other people. It is based on our innate attraction for group activity. No matter how individualistic people may be, they are still affected by this innate attraction to group behavior. We are, after all, extremely social beings.

Among other things, research into the bandwagon effect has focused on politics due to the critical nature of the effect on election results. However, the effect has been observed in many environments, explaining the growth of fads and fashion trends, as well as the popularity of Internet memes on social media, especially as they are said to “go viral.”

In business, too, the bandwagon effect has a definite place. As such, it seems radically opposed to the apparent benefit of individuality, but the connection is both meaningful and useful, and should not be overlooked.

The concept of rugged individualism is the basis for the Boot Strap Theory, whereby someone of more modest means can pull himself “up by the boot straps” to a more successful position in society. Keep in mind, though, that successful business ventures must acknowledge the necessity for meeting the needs of a wide spectrum of customers or the relatively fewer “individuals” served will not provide enough of a base for financial success.

Individuality really is a good thing as long as it comes with the realization that it is not alone in some sort of exclusive importance. For most businesses to develop and prosper, owners need to realize that most people are not leaders, but followers by nature, adhering (whether they realize it or not) to the bandwagon effect. A successful business operation usually depends on the overall popularity of the business. Social media constitutes a good tool for exploiting the benefits of the bandwagon effect. However it is accomplished, though, the smart business owner will explore the benefits of increasing the popularity of her business by understanding and taking advantage of the bandwagon effect.