PrintPapa, which initiated its journey from being a mailbox store franchise offering copying services, has quickly become a full service graphic production and printing company. One of the key factors behind the phenomenal rise of the company has been attributed to the use of the Presstek DI digital offset. 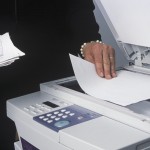 In 2003, the whole saga started when Shawn and Paul Nag left their software engineering jobs in a leading firm to start their own business. The duo started out with a mailbox store franchise to begin with. They sold black and white and color copiers in the initial years. As the amount of business grew, the Nag brothers found out that their business was primarily focused on copying and printing. So, they started outsourcing large works to other printers. But this strategy was not reaping the profits the brothers were hoping for. Then there were many other issues with quality and meeting schedules. So, Shawn and Paul started their own printing business and PrintPapa was formed in 2004. 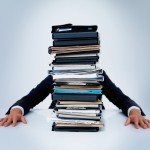 In order to give their business a head start, the Nag brothers bought two presses – a small format two and four color presses. For prepress they used the new Presstek Dimension Excel chemistry free CTP system. The metal plates used in these presses gave great results.

But as the business grew there were various problems with the yield of these printers so that the Nag brothers turned to Presstek again. In a trade show they got acquainted with Presstek 34DI digital offset press. After using this press there was no looking back for PrintPapa.  The owners of the company felt that with the use of Presstek 34DI they have got a lot of business even in the recession hit economy. This printer has also allowed the company to charge affordable prices from their clients. 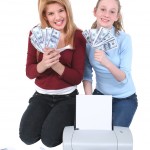 Shawn and Paul Nag now feel that investing in the Presstek 34 DI digital press was the wisest decision they made!